The Camanche Tornado of 1860

On June 3, 1860, the town of Camanche, Iowa, was settling into a typical Sunday evening. Residents were unaware that a severe storm had begun in western Iowa and was on its way to wreak havoc in Clinton County. In a matter of four minutes, a tornado formed near the Mississippi banks, flattening more than 200 homes and businesses. In addition to hundreds of thousands of dollars of damage, the tornado claimed as many as 50 lives in Camanche alone and left over 119 injured. Others died later from their injuries. 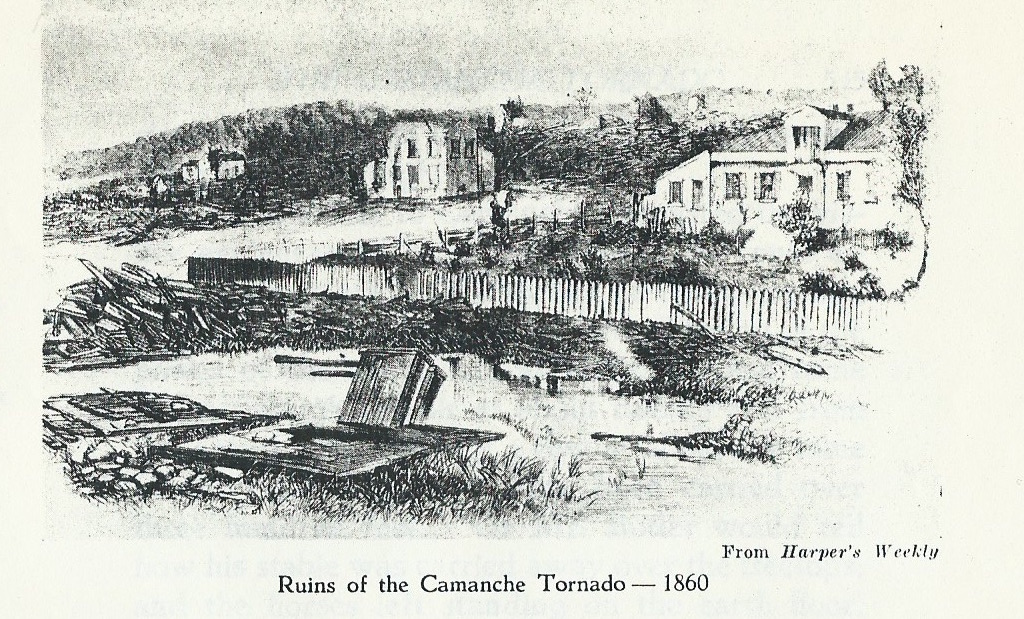 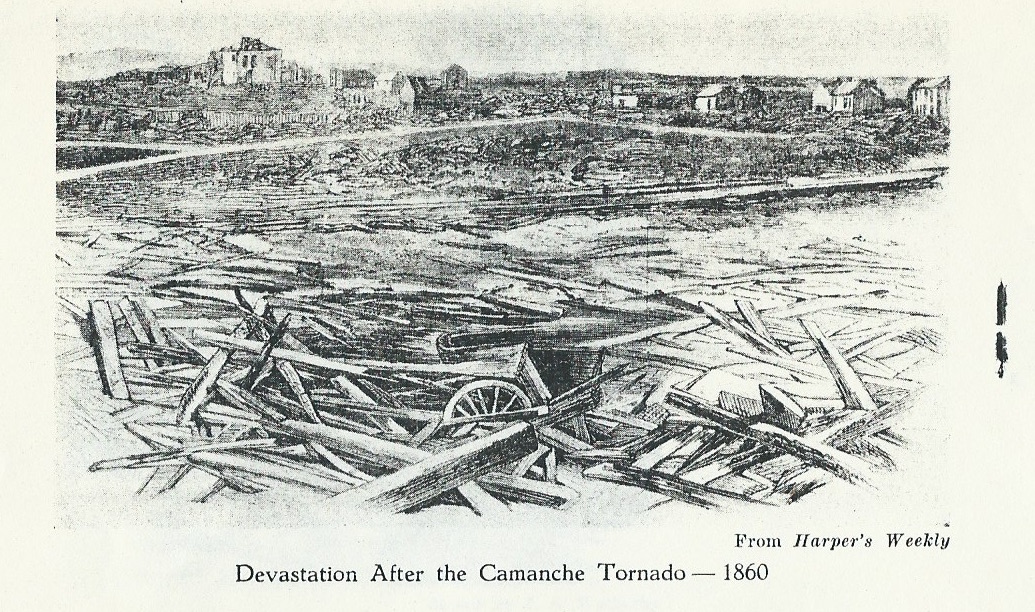 News of the devastation spread nationwide, attracting aid in the form of people and donations. An artist from Harper’s in New York City was dispatched to create drawings of the damage that were published in Frank Leslie’s Illustrated Newspaper.

While many historical accounts of the tornado focus on the outpouring from surrounding communities, many also personify the tornado, insinuating the storm was selective in its path of destruction. An article from 1979 in the Quad City Times tells of rapids pilot, Wes Rambo, who was on the shore of the Mississippi when the tornado hit. Jim Arpy writes, “He saw two thirds of the bottom of the river swept clear as the floor before a tidal wave swept back, lifting everything, including the log raft. The body of the horse the terrified raftsmen had seen was found later on the Illinois side of the river. It had been in a Camanche pasture.”

There were further accounts of the tornado sparing the lives of children, carrying baby buggies for more than a block and setting them down unharmed. The same article recalls a 16-year-old named Emma Dammann who was rescued from a pile of debris, where she was found with only her foot exposed. While she sustained knee injuries and lost teeth, but lived, her neighbor died of her injuries.

One of the most resonant images captured by artists was of 29 coffins in a row in front of the town bank. The mass funeral was attended by over 2,000 people from neighboring counties and the nation. As a result of over $2,000 in donations, the town of Camanche focused on rebuilding and continues to memorialize those lost.