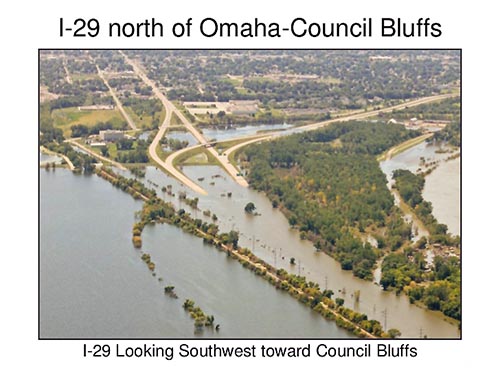 U.S. National Weather Service reports: “Flooding is one of the leading causes of weather-related fatalities in the U.S. … People underestimate the force and power of water, especially when it is moving. Just six inches of fast-moving water can knock over and carry off an adult. Twelve inches of water can float a small car; if that water is moving, it can carry that car away. Eighteen to twenty-four inches of flowing water can carry away most vehicles.”

Council Bluffs area recorded flood waters cresting at 36 ft. (or 432 inches) from June 22, 2011 until September 30, 2011. Submerged major roadways were destroyed, parks became beaches, and farmland turned into sand deposits teeming with weeds and felled trees. These were the repercussions of both “extremely heavy rains in the upper Missouri River basin” and an abnormally heavy and early snowfall that was melting in the Rocky Mountains. Record breaking amounts of water surged from major dams before flooding innumerable Iowa sites, Council Bluffs being one of them. 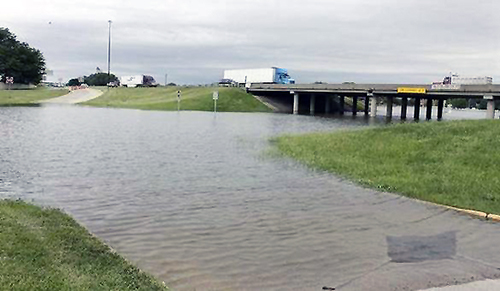 Immense amounts of water swept normal life from the region. Some residents packed their dry bags and left their inundated homes behind; others bore the burden of the mess it wrought. In order to rebuild roads, homes, and businesses it would take approximately $114 million.

Fortunately, “the city of Council Bluffs and JEO…worked hard to receive $57,000,000 from the Iowa Flood Mitigation Program” and other government funding that helped Council Bluffs evade severe economic repercussions. These millions of dollars kept people in their homes, traffic clear, and brought business back on track. Financial aid helped. But the city had more than dollar bills to thank. 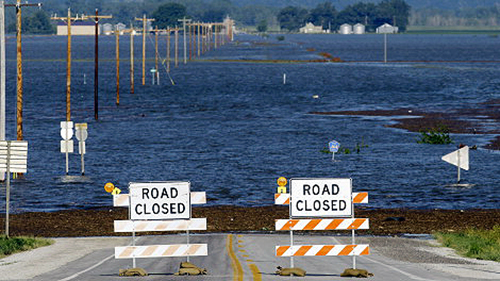 The levee system built after the 1942 flood proved its strengths in saving Council Bluffs from experiencing even more incomprehensible damage. It seemed to live up to the claim that its existence “reduces direct flood risk for 64%of the city.” Even bloggers recognized that “[b]ecause of the dam system, the Corps of Engineers was able to take the top off a monstrous flood and spread it out over time. So now we have a severe to moderate flood for at least two months straight.”

However, following this newly devastating event it was clear that the “design safety factors were lower than required levels,” and so Council Bluffs received “$20.4 million in Federal emergency assistance.” If the levee system was unable to meet FEMA’s (Federal Emergency Management Agency) accreditation standards, then flood insurance would go up and new building requirements could negatively affect Council Bluffs’ economy.

The entire summer of 2011 was a “wash-out”; it twisted and uprooted the land, the people and the city’s economy. All that man had made put to the test yet again by the unprecedented power of water.