It was the beginning of fall and the waters of the Skunk River and Squaw Creek were already peaking near the crest. There was also high soil saturation from large amounts of rain in the past couple of weeks. On August 10, 2010, a storm that brought a large amount of rain pushed the water levels over the crests towards businesses and houses. 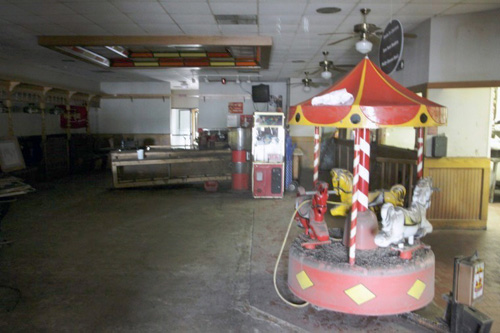 On the south side of Ames, Iowa, lay Happy Joe’s at 551 S. Duff, a restaurant that specialized in pizza and arcade games. Hank Kohler, the owner of Happy Joe’s, opened the restaurant in 1984 and had many encounters with flooding in this location.Happy Joe’s was located in a low lying area next to a creek that dumped into a river about a half mile downstream. With heavy rain, the river would get backed up. This, in turn, would back up the creek causing it to overflow.

In 1993, there was a large flood that damaged the original Happy Joe’s; the damage was so severe that Hank had to rebuild. At this time, Hank built a four foot retaining wall around the building to protect from future flooding. This retaining wall helped protect his restaurant in the flood of 1996. Also, before 1993 there wasn’t really any reliable warning system in place. According to Hank, it was only after 1993 that a good flood warning system was in place. 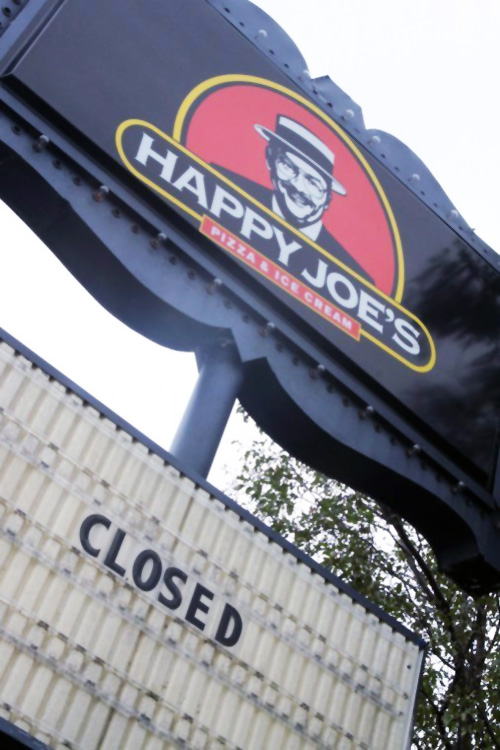 At around 5:30 on the morning of August 10th, 2010, water went over the retaining wall and into the restaurant. Hank estimated the height of the water at 51 inches. The water completely destroyed the inside of the building. The restaurant ended up losing power spoiling all the food in refrigerators and freezers; there was also floating equipment dispersed throughout the building including pieces of the salad bar. The building was deemed unusable.

With new technology in 2010 including 24 hour weather stations, on demand rain totals, and weather apps, Hank was aware of the potential flooding. He mentioned looking at different weather websites including NOAA to see the live rain totals. He was as prepared as he could possibly be. He recalled going early that morning to the restaurant to see what damage had been done, but the city had said it was unsafe, and the area needed to be evacuated. Hank waited out the remainder of the day until he could go back.

The flood of 2010 closed Happy Joe’s in Ames for good. There were a couple reasons why Hank decided not to reopen the restaurant. The area in which the restaurant was located was very prone to flooding, and it was just a matter of time before it would happen again. He also knew that he would have to raise the retaining wall even higher, possibly ruining the appearance of the restaurant. Also, Hank would have to completely rebuild again from the ground up, and a new city regulation required that he raise the land another 6 feet before rebuilding.

The flood of 2010 is still ingrained in a lot of people’s mind. It changed the landscape in the area that the locals were familiar with. Happy Joe’s wasn’t the only business in the area to close down. Twentieth Century Bowling, which had also been around for a long time, ended up closing. There was also major flooding at Iowa State University that damaged Hilton Coliseum.